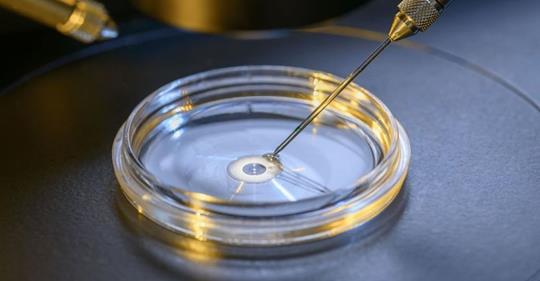 Today I have a quick article around one of my favourite groundbreaking topics: gene editing.

I have posted several times about CRISPR/Cas9, which is a cheap and accurate gene editing technology that is being used widely. In the case of CRISPR, scientists identified a natural process that bacteria use to protect themeselves, and modified it to be a tool that we can use to replace whole segments of DNA.

The linked article talks about an alternate gene editing approach called ‘base editing’ whereby we are not replacing whole segments of DNA and are instead flipping specific, individual, DNA ‘letters’. This is a much more tightly targeted approach that seems to have significant benefits vs CRISPR (in certian use cases).

In this case, base editing was used to modify a single error within the ~3 billion ‘letters’ of human DNA. This was done in a human embryo to correct/defeat a life-threatening blood disorder. The embryo was corrected but, it should be noted, was not impanted to allow development. Ethical questions abound, but this is China.